Who is Mr. Superman?

This name usually represents a very strong man who can do much more than others. But where did it come from? Who is actually the original SUPERMAN? This year marks 75 years since the creation of the superhero who started it all.

He appeared first in American comic books and he had abilities unknown to mortal men. He could fly, he was fast and extremely strong.  He looked rather ironic. He usually wore a blue costume, red cape, and a red-and-yellow «S» shield on his chest. Superman is a true American symbol.  It is mostly because of the facts that he is an immigrant (his motherland is planet Crypton) and an orphan (his parents died when the planet was destroyed).

In TV films and series 16 actors played superman.  The most recent film is Man of Steel (2013) where Superman is played by Henry Cavill. 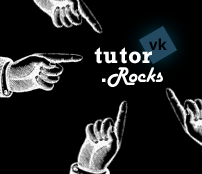